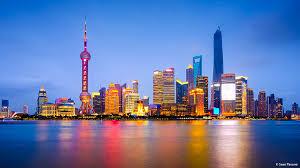 The VUB coordinated LEAD project (Governance and Academic Leadership of Chinese and European Universities in the Context of Innovation and Internationalization) will organise the LEAD event be held back to back with the EU-China High Level People-to-People Dialogue (HPPD) in Shanghai, from 13-14 November 2017.

As a European Commission supported project (under Erasmus+ Capacity Building in Higher Education), the European participants of the LEAD project will be invited to join the HPPD high level meeting, in the presence of Commissioner Education, Culture, Youth and Sport, Mr. Navracsics of European Commission, and Vice-Premier Liu Yandong of China.

The high-level European Commission leaders and Chinese leaders will also be invited to give speeches at the LEAD Academic Leadership Forum as an event of the LEAD project, organised by VUB and Tongji University in Shanghai on 13 November.

Since 2012, the EU and China cooperation in the areas of education & training, culture, multilingualism and youth has been integrated under the EU-China High Level People-to-People Dialogue (HPPD), the third pillar of EU-China relations, complementing the other two pillars – the High Level Economic and Trade Dialogue and the High Level Strategic Dialogue.